Day 1: Friday March 9th
Today’s Lesson: If it has “Blockchain”, “Bitcoin” or “Ethereum” in the name, get there early.

9:30am: I’ve Got No Screens: Internet’s Screenless Future
While most of us might still resent the idea of transitioning to a screenless future, dominated by Google Homes and Amazon Alexas, statistics show that we better get on board. Because while we might still be in the early stages of the voice revolution, it’s predicted that by 2020 more than 30% of our interactions with the internet will happen away from our computers and phones, and through voice, wearables, and even brainwaves – finally freeing us from our face-down habits, and making the world a little more chin-up.

1:30pm Why Ethereum will change the world READ THIS
In layman terms, the most innovative thing about Ethereum is that it separates the blockchain (protocol) layer from the applications built on top of it. This new structure allows software engineers to build any applications that fit their specific needs on Ethereum blockchain. “It’s a new way of architecting and delivering applications. Instead of a client-server architecture, where you’ve got one company, say Google or Facebook, which owns a bunch of servers to provide services, this new application paradigm has all different nodes on the Ethereum network. They are all effectively the back-end for your application. So, nobody is overly controlling it.” Lubin explained. The Ethereum token is now the second largest cryptocurrency in the world by market value.

Day 2: Saturday March 10th
Today’s Lessons: Purpose is everything & we should think like a journalist to combat fake news.

9:00am: The Power of Purpose in Business and in Life. WATCH THIS
A bit corny and nostalgic at times but a powerful message none the less. In both the real world, and online, there seems to be a plan to foster constant chaos and a damaging US versus THEM social disorder. This is where the power of Purpose is most valuable. Finding Purpose in your life and your life’s work is an energizing force to counter chaos and divisiveness. Roy Spence, CEO and co-founder of The Purpose Institute (GSD&M), has made it his life’s work to bring to life the path to Purpose and higher calling for leaders of companies. There seemed to be an underlying religious bent but I can live with it if he manages to effect change.

2:00pm Solving Fake News
As fake news becomes an increasingly large part of our media landscape, the way we interact with it becomes more and more important. Research shows that the way we can all help restore sanity to the world is by simply thinking like a journalist: approaching the world with a critical mind, always looking more than one source, and finding new and succinct ways to reproduce our findings.

10:00am: AIs with EQs
Natural language processing might be advancing at great speeds, there is still a huge part of our communication that AI’s haven’t cracked yet: facial cues, mannerisms, body language… So much of our the things we ‘say’ is ‘soundless’, so how do we design AI’s that can listen to those pieces of information. One thing is for sure, the future of bots is not going to get less intrusive.

5:30pm: Westworld: The Delos Experience READ THIS
It has drawn near universal acclaim, with some calling it “one of the best publicity stunts of the 21st century.” If you somehow missed the countless blog posts, the gist is pretty simple: Bus a bunch of SXSW-ers to a remote Wild West village, fill it with dozens of dedicated actors (and one stray cattle dog) who have been programmed with hundreds of pages of dialogue, and stand back. Incredibly cool and wildly disorienting. Highlight of the week.

Day 4: Monday March 12th
Today’s Lesson: The truth is somewhere in the middle & stop being skippable!

11:00am Becoming Entertainment
In a world of on-demand-everything and skippable advertising, good brands are turning into good content creators. They find their voice, get to know their audience, and create their own Marvel Universe. GE doesn’t just make fridges nowadays, they make podcasts. Gatorade and Coca Cola aren’t just diabetes in a can, they are animators, entertainers, and film makers. Even boring brands like Netscout are getting so good at it that they’re selling feature films at Sundance nowadays.

3:00pm: Cucks, Sellouts & Snowflakes: A Convo Across The Divide. READ THIS
A nice break from the constant barrage of deep learning and brain dumps. Two diametrically opposed media personalities illustrate the shocking similarities of what they go through online from their detractors. Eye opening and very entertaining.

10:00am: The Panasonic House WATCH THIS
With a focus on health and wellness, Panasonic’s vision for their smart home goes beyond gadgetry into the realm of real utility. There was even a Sniffbot built to show the effect of aromatherapy on mood.

1:00pm Size Doesn’t Matter
Citizens of the internet don’t always want big ideas and mind blowing concepts, often times, it’s the small, playful work that they gravitate to the most. Like the app Die With Me for example; a messaging app that you can only use when your battery life dips below 5%. You just open it up, and it drops you in a chat window with a random stranger whose phone is also about to die. It was built in a few days, and was downloaded over 500,000 times in its first two weeks. And there are thousands of examples like that. Sometimes, small things truly can generate the biggest impact. 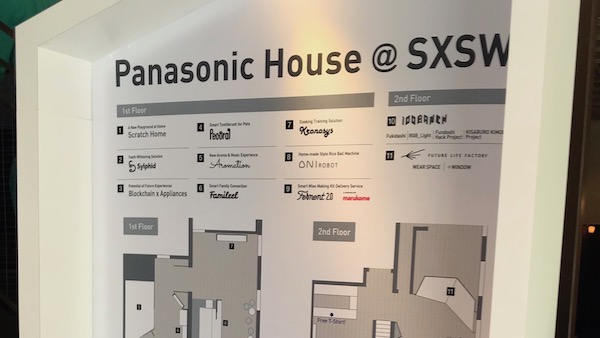 “MEUTE detaches electronic music from the dj desk and evolves the thrust of energy on stage or directly in the crowd. No matter if in the countryside or in the club, with or without electricity – MEUTE runs.” 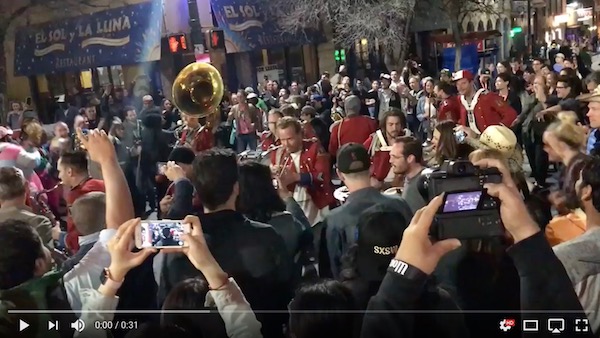 2:30pm: Behind the Scenes in the Isle of the Dog WATCH THIS (preferably in a VR headset)
Experience the world of Wes Anderson’s upcoming film, face to face with the ‘cast’ as they are interviewed on set, while the crew works around you to create the animations.

Produced in collaboration with the production team of Isle of Dogs, and in partnership with Felix & Paul Studios and Google Spotlight Stories.

This was my single favorite 5 minutes of the week. Fanfrickintastic.